The Richmond Vault Tour was the final sealed solo Vault Tour for Age of Ascension. It was held in Richmond, VA, United States on October 18-20. As only 94 players attended the event, the day 2 top cut only contained 11 players.

The finals were won by Nathan Starwalt from Tabletop Royale, who played a Brobnar, Mars, Shadows deck named Kantphage, the Lady General of the Keep. Both finalists played Martian Generosity decks, and the winning deck also contained the Drummernaut/Ganger Chieftain combo. All top 4 rounds were played as best-of-three matches. 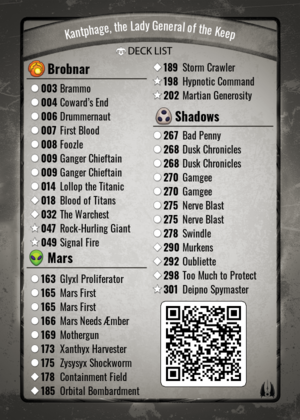 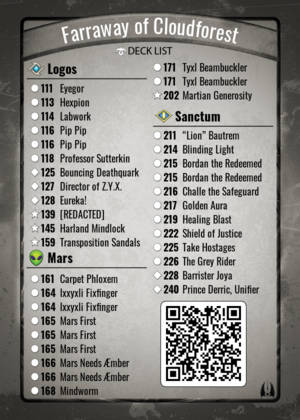 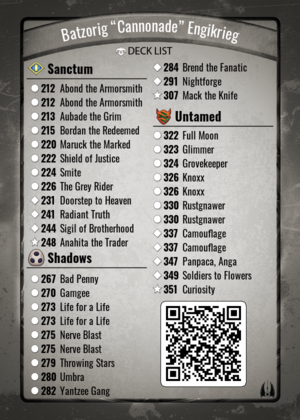 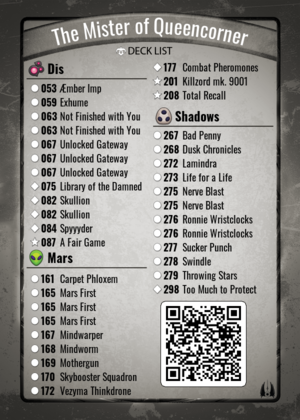 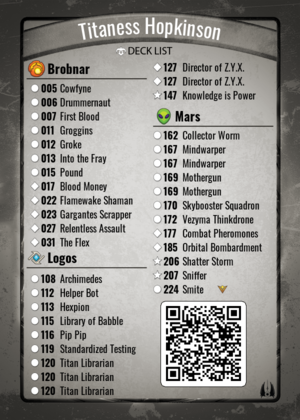 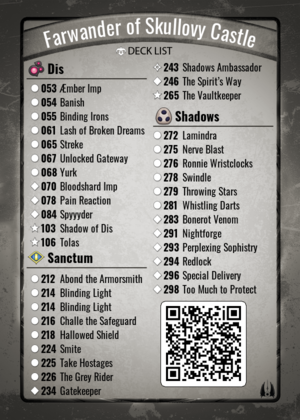 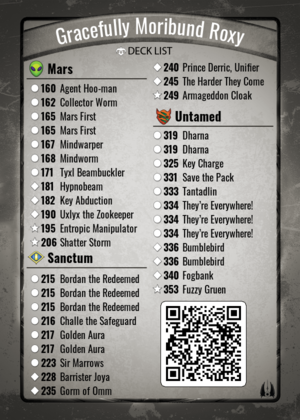 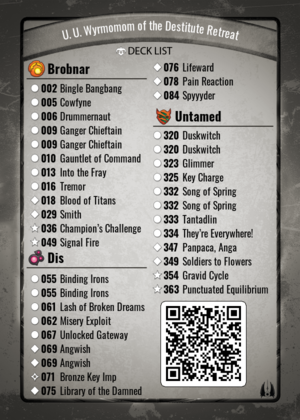 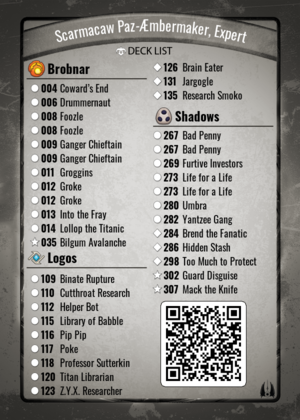 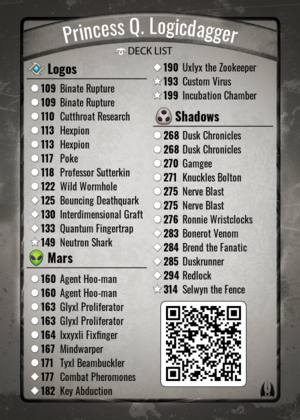 Note: This information is incomplete. If you know of additional decks played at this event, please contact us.

"I would change my [sealed deck selection] strategy depending on the set, but I prioritize Aember Control in AoA. There are some degenerate combos (*cough* Drummernaut/Ganger Chieftain) in AoA that I would also prioritize if they are present in the pool. Board state is really important, so decks that can go head-to-head with a Grump Buggy deck need to be considered."