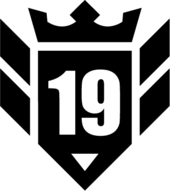 World Championships, hosted once a year, are an opportunity for KeyForge players to play at the highest level. They are invitation-only events designed to bring together the most talented players in the game. Currently, players can receive a Worlds invite in any of the following three ways:

The power levels awarded by World Championships are not known at this time. Currently, the highest known power level awarded is power level 8, which is given at Vault Tours. The Master Vault allows decks to reach power level 11, so it is likely that the decks winning Worlds will rise to higher power levels. Certain decks will ascend at the end of the World Championship, but the details regarding deck ascension are still unclear.

A large amount of Æmbershards will be distributed to top performing players at each World Championship. Although the specific Æmbershard amounts have yet to be announced, Alex Watkins from FFG Organized Play has stated it will be the highest amount distributed per win for Æmbershards. Worlds will not have cash prizes, but there will be a prize wall in which players can redeem Æmbershards for exclusive prizes.

The 2020 World Championship will be hosted at the Saint Paul RiverCentre in St. Paul, Minnesota from Thursday, May 7 through Saturday, May 9, 2020 [1]. Thursday will be the Last Chance Qualifier, Friday will be Day 1, and Saturday will be Day 2[2]. The venue should be able to fit about 1200 players. There will be food and beverages available on site and several restaurants within walking distance. The KeyForge deck vending machine will also be at the event.

There will be side events during the World Championship and staff challenges in which players can play against Fantasy Flight Games staff members for prizes. The event will culminate in an official vault opening ceremony in which the winning players open a physical vault.

Immediately before the World Championship, on Thursday, May 7, there will be a Last Chance Qualifier. The qualifier will be a team event, and Fantasy Flight staff will assist players who come as individuals by helping them form teams.[3] A number of Worlds invitations have been set aside for top performing players from the Last Chance Qualifier, but more seats will become available if players who already have Worlds invitations do not claim their tickets. Players can register for the Qualifier tournament at this link; the registration deadline is April 24, 2020.

All players who are ranked in the Top 100 of the Vault Tour leaderboard after the Sealed Solo event at Fort Worth, TX, USA on Feb. 6-9. 2020 receive a World Championship invite. If a player at any point enters the Top 100 by participating in a subsequent Vault Tour before Worlds 2020 (there are currently 4 scheduled Vault Tours between the Fort Worth event and the World Championships), they will also receive an invite.[3]

Note: The Alameda Vault Tour on April 24-27, 2020 takes place after the Worlds registration deadline on April 17. Players are still able to qualify for Worlds through the leaderboard after this event by e-mailing FFG Organized Play directly.[4]

The 2020 World Championship will be a team event comprised of 3 players per team. The player who received the Worlds invitation is allowed to invite 2 additional players to form their team. Fantasy Flight will also help match invited players who cannot find teammates with people who wish to participate. Each team must contain a player who has an invite; if the invited player falls ill at the last minute or misses their flight, the team can only play in Worlds if there is at least one member who has an invite present or the team gets invited through the Last Chance Qualifier. Special exceptions will be considered on a case-by-case basis.[5]

Players who have received an invitation and would like to register for Worlds can do so on this page. In order to register, players must have a designated team name and a list of two additional members for their team. The deadline to register is April 17, 2020.

There will be two separate top cuts based on performance at Worlds. One possible way to make the top cut is if the team is one of the top performing teams before the cut. The second possible way to make the top cut is based on individual performance. There will be a separate individual ranking for each player at the event and a separate tournament for these top ranking individuals. The top cut will have a cut to the top 32 teams and top 32 individuals, and both Day 2 events will be single elimination. For the individual tournament, the variant will change from Day 1 to Day 2 and players will have the opportunity to change their decks.[6] The Day 2 variant for the individual tournament is still unknown.

The winning team from the team event and the winning individual from the individual event will share the honor of becoming 2020 World Champions. Therefore, there will be a total of 4 Worlds Champions from the tournament. 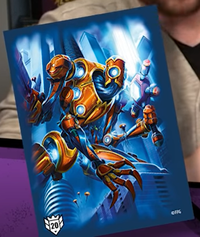 The 2020 World Championship will have a prize wall containing prizes exclusive to the event. So far, only one prize has been officially announced: Gamegenic card sleeves with Logos art from Mass Mutation.[1]

The winning prize will be an interesting, unique prize that is “different from anything [FFG has] done before”, and winning players will open a vault at a vault opening ceremony. World champions will not be able to design a future KeyForge card.[7]

Battle for the Vault: Information on the 2020 KeyForge World Championship, 26 February 2020