The 2019 Indianapolis Sealed Worlds Collide Vault Tour was the third Vault Tour hosted in Indianapolis, IN, United States during 2019. It was a sealed solo tournament scheduled to coincide with the release of the third set, Worlds Collide, which introduced two new houses for the first time. Because Target had unwittingly sold Worlds Collide decks before the official release date, many players already had some experience with the set before the event, and all cards were unofficially spoiled several weeks beforehand.

The tournament had a sizable turnout, with 166 players coming to celebrate the release of Worlds Collide. The top 4 played their games as best-of-three matches. The Vault Tour was won by Nathan Westlake from team SAS-LP, who was the third player to win two Vault Tours and the first to win both a sealed and an archon vault tour. He went undefeated with a Logos, Saurian, and Star Alliance deck named X. Olivier, Farnate’s Long-winded Lord. This was the first ever Vault Tour in which Shadows was not the most popular house in the top 16. 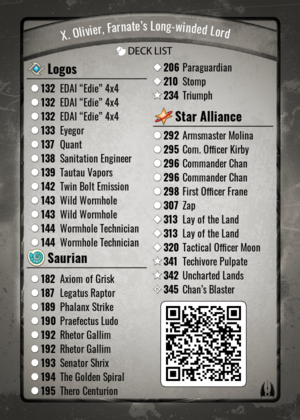 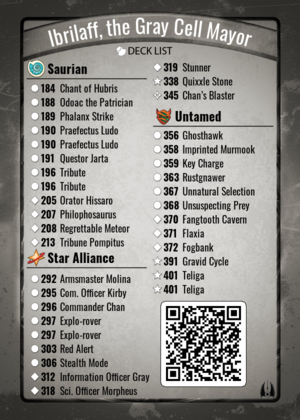 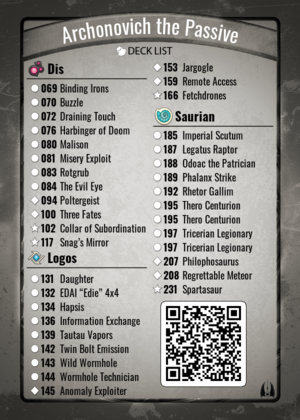 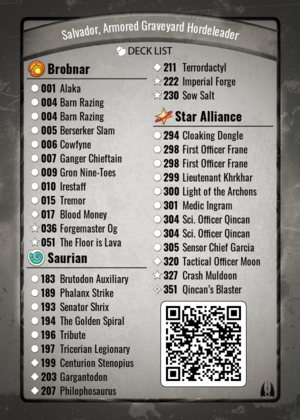 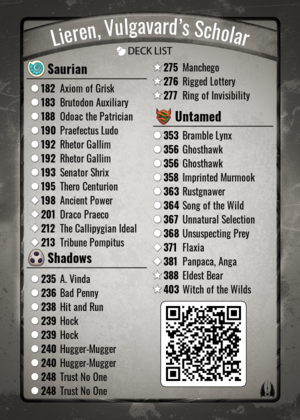 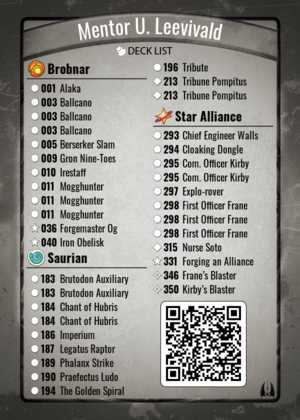 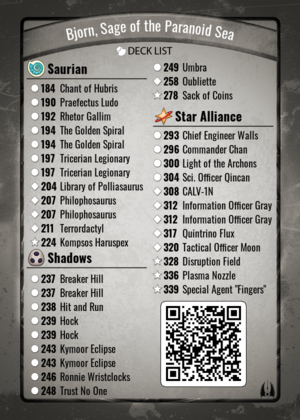 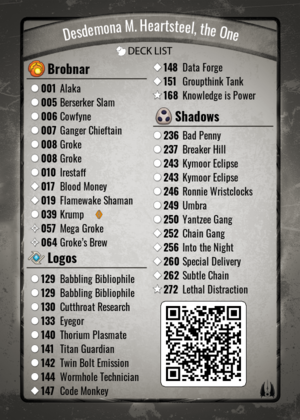 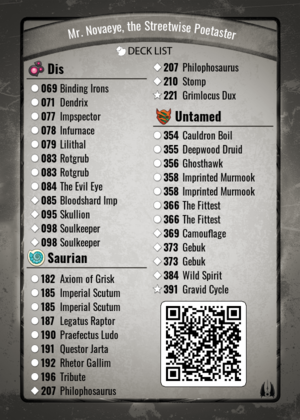 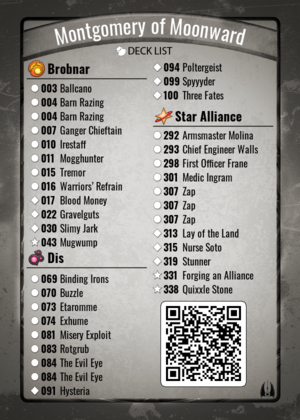 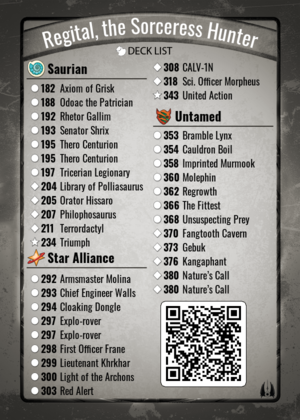 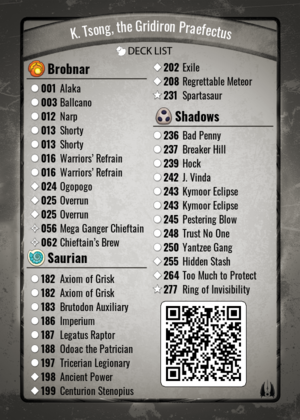 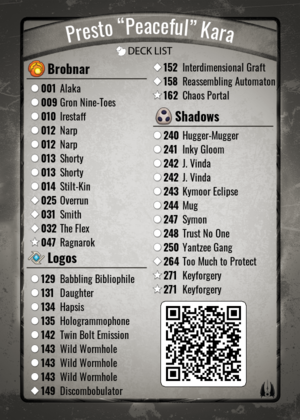 Note: This information is incomplete. If you know of additional decks played at this event, please contact us.