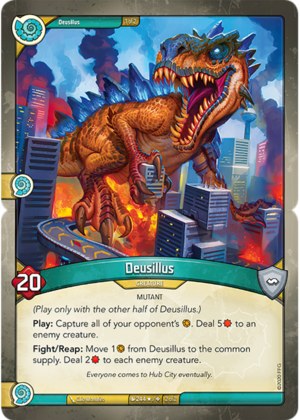 Gigantic creatures are spread out over 2 cards, with one card containing the creature’s text box and the other its art, as shown:

Both halves of a gigantic creature have the same title, house, and card type. Otherwise, each half has the attributes printed on it: the top half has bonus icons, while the bottom half has power, armor, and the text box.