(Redirected from Secrets of the Crucible) 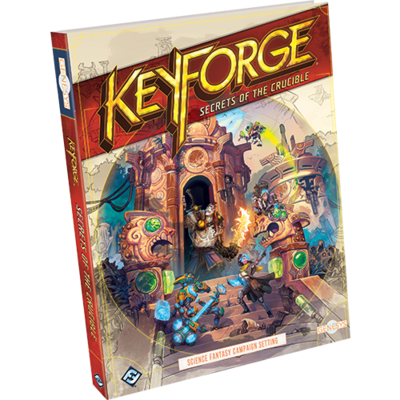 In January 2020, Fantasy Flight Games announced Secrets of the Crucible, a new sourcebook for their Genesys Roleplaying System set in the world of KeyForge. It is also available as a PDF from DrivethruRPG.

Secrets of the Crucible

In the center of the universe hangs the Crucible, a gigantic artificial world created by the enigmatic Architects and home to countless beings and cultures. Here, impossibly advanced technologies mix with arcane powers to make for a setting unlike any other! Uncovering the secrets of this mysterious world will take all your skills—but the potential rewards are boundless…

Explore this world of boundless opportunity in Secrets of the Crucible, a new sourcebook for the Genesys Roleplaying System set in the KeyForge universe!

Secrets of the Crucible contains new character creation options, unique weapons and armor, new skills revolving around the mysterious æmber, bizarre adversaries, and a new adventure builder that puts all these aspects together! 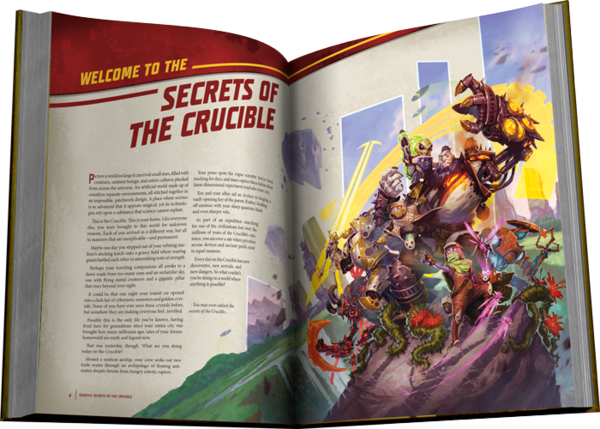 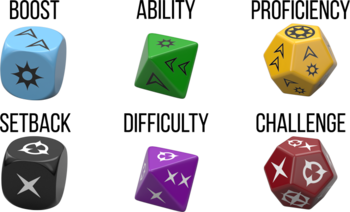 In order to play Secrets of the Crucible, players will also need the Genesys Core Rulebook, as well as a Genesys Dice Pack:

Genesys is a role playing system designed for flexibility and adaptability, specifically tooled to work with any setting imaginable. The Genesys Core Rulebook not only contains an overview of the rules and how the innovative narrative dice system works, but everything a GM and players need to run adventures in five completely different settings. Everything from equipment to adversaries, character abilities to an overview of narrative tropes, all is provided in the core rulebook for Genesys.

With a system so adaptable and expansive you can explore every popular roleplaying genre, from classic fantasy style campaigns, to modern day detective thrillers, and even to a far off sci-fi future, Genesys doesn’t fit into any one genre of roleplaying, and instead invites players to craft their own stories with unparalleled freedom. 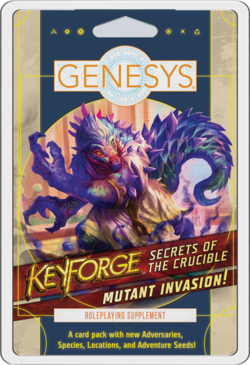 This supplement pack for Secrets of the Crucible was announced in March 2020, adding new content inspired by the Mass Mutation KeyForge set.

Within this pack, you’ll find 40 oversized cards stuffed with information for players and Game Masters alike. You’ll encounter a brand-new playable species, rules for incorporating the mutative dark æmber into your own games, adventure builders, locations, and over 30 NPC adversaries to populate your adventures.

If you’re planning to take your Genesys adventures to the Crucible, the Mutant Invasion! supplement pack brings even more of the diversity and wonder that makes the Mass Mutation set of KeyForge decks so compelling. 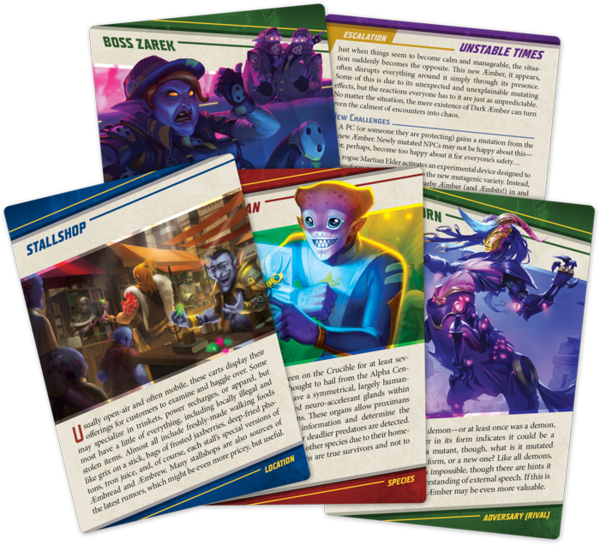 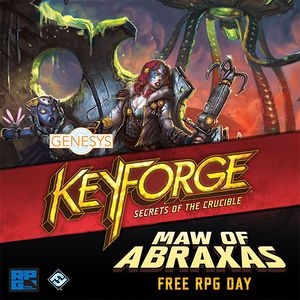 Introduced as part of Free RPG Day, this one shot adventure told across three episodes was available for free, and intended as an introduction to the game with neither Secrets of the Crucible nor the Genesys Core Rulebook required. A PDF of the adventure can be found here.

Help From Future Self, a KeyForge podcast, did a live play of the Maw of Abraxas adventure: Part 1 and Part 2.

Grand Theft Æmber is an adventure for the Secrets of the Crucible, written by Anjuli Smith and Tim Hucklebury as part of the release of the Tales from the Crucible novel from Aconyte Books. The adventure is available for free as a PDF.